If you’re a newer pickleball player and have started getting the hang of the rules, the scoring, and the basics of the game, one of your next concerns will probably be where to stand in pickleball.

This is a great question to ask! It shows that you are moving past the basics of pickleball like learning how to hit and return the ball and starting to think about your pickleball strategy.

And that’s what pickleball position is all about, having a strategy to defend against the other team’s attacks and score points when your team is serving.

Though your strategy may change from game to game – or even during a single pickleball game – there are a few general guidelines that you should keep in mind when considering your court position in pickleball as you continue playing and improving your game.

The Pickleball Rules Don’t Help Much

The official rules have very little to say about where to stand in pickleball. In fact, there is only one that really addresses the issue at all: Rule 4.A.4 states that when serving you must stand behind the baseline and in the area between the centerline and the sideline.

That’s pretty much it. The rules won’t tell you where you SHOULD stand to be a more effective player and win more points. It is up to you to figure it out, and these tips will help.

Quick tip: When your team is serving in doubles both you and your partner should stand about 1-2 feet behind the baseline.

If you are the server you must stand behind the baseline because of Rule 4.A.4 – not even the tip of your shoe may touch the line.

But even if you are not the server, there’s a simple reason for you to stand behind the baseline with your serving partner: you want to be as far back as possible to prepare for the return of serve.

Because the ball must bounce before you can hit it back (the pickleball “Two-bounce” rule), you want to leave as much room as possible for it to do so, right up to the baseline itself.

The opposing team wants to keep you back there so they can control the tempo of play, so you need to be ready for a deep return right at your feet.

And it is much easier to run up on a short shot than it is to have to track back and try to hit one that got behind you. This is also a great reason to stay back at the line until you can assess the opponents’ return shot – will it be a soft drop or a hard drive?

If you start creeping up too early, they could exploit your position and try to drive it right past you.  If it’s a less powerful shot it might be a good opportunity to start making your way up to the NVZ.

Quick tip: When serving in singles, stand 1-2 feet behind the baseline near the centerline.

Singles play requires you to cover a lot more ground with no partner there to help you. So unlike in doubles pickleball games, most of the action happens closer to the baseline because only in certain situations can a player risk advancing to the no-volley zone (NVZ or “kitchen”) and leaving their side of the court wide open to attack.

During play the safest place to stand is in the third of the pickleball court by the baseline, where you will be able to react to your opponent’s shots with powerful groundstrokes deep into the corners or soft drops into the kitchen.

Quick tip: When receiving serve in doubles, one player should stand 1-2 feet behind the baseline while the other should be at the NVZ watching the lines.

Only the player in the box diagonally opposite the server may return the serve, so there is literally nothing for the non-serving player to do during the serve but stand there and watch the lines for faults.

Since most points are won or lost at the net, the non-receiving player has the advantage of starting the game there.

The player receiving the serve should stand about a foot behind the baseline midway between the sideline and centerline, ready for a deep serve into the corner or towards the centerline.

Quick tip: When receiving serve in singles, you should stand as far back as necessary to cover the corner.

The server in singles play still has to serve diagonally across the court, so the corner is an ideal target.

Your serving opponent will want to keep you back at the baseline and prevent you from setting up an approach to the NVZ, so be ready for a screamer that hits the line as well as a less challenging serve to your other side.

Depending on whether you are right or left handed you will have to adjust your position along the baseline to make sure that you will have a good chance at returning a serve that lands squarely in the corner.

Where to Stand In Pickleball When Dinking

By the time you’re ready to start dinking, the game should be in full swing with all four players up at the NVZ. When playing close to the net like this, you should be standing right at the kitchen line in the center of your box to be able to cut off as many angles as you can.

Be ready to use either your forehand or backhand at a moment’s notice depending on what your opponent decides to do. You’ll also want to keep your center of gravity low and your shots as soft as possible so that they get just over the net and into the opponent’s kitchen.

Because pickleball is a fast paced game, there is obviously no one answer to the question of where to stand as this will naturally change from moment to moment.

But these guidelines will provide you with a solid starting point as you develop your game and your ability to position yourself strategically. The truth is that there’s only so much benefit you can get from reading about what you should or shouldn’t do.

The important thing is to keep going out and playing more games to see what does and doesn’t work against different opponents. Keep these tips in mind next time you step onto the court and soon you will find yourself instinctively making decisions about pickleball position without even thinking about it. 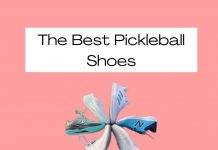